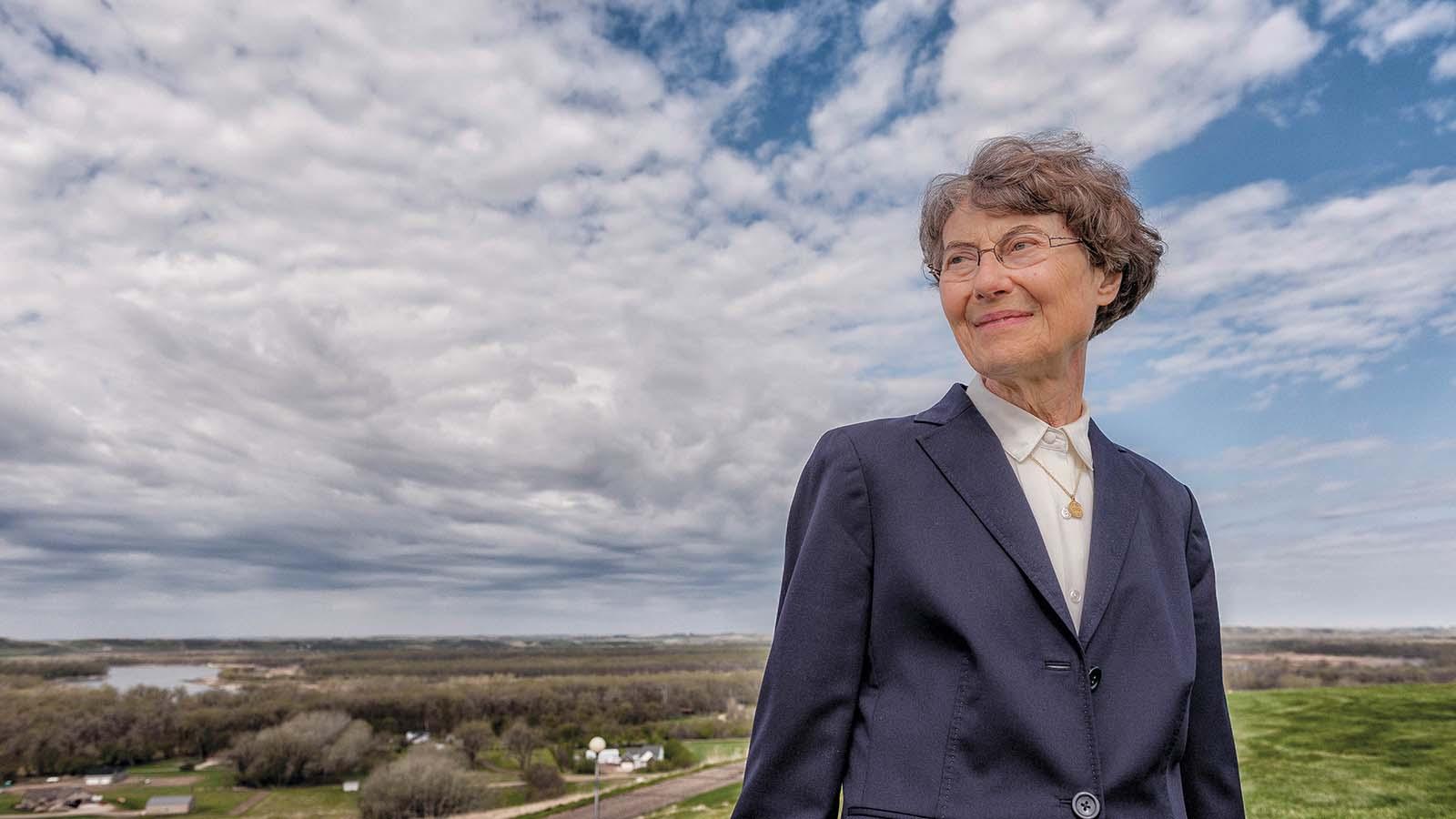 A Life of Great Faith, Steadfast Love, and Compassion for All

Revered locally, regionally, and nationally as a true servant-leader for living the Gospel of Jesus, Sister Thomas Welder, OSB, cared for the Christ-like development of all University of Mary students and the well-being of all faculty, staff, and her beloved Sisters of Annunciation Monastery. After serving the University of Mary for 31 years, she passed away at her Annunciation Monastery home on June 22, 2020, from an ongoing battle with kidney disease.

Under Sister Thomas' leadership and vision, the University of Mary was confirmed in its purpose to form leaders in the service of truth in renewed and ever-growing ways, and her leadership touched thousands of students’ lives as the university grew and expanded over her presidency. Sister Thomas was known for her attentiveness, her humility, her heart for service, and her love for her vocation as a Benedictine Sister of Annunciation Monastery.

Through the grace of baptism, each of us receives the universal calling to holiness. We become members of Christ’s mystical body. We strive to be more and more faithful in following Christ.

Sister Thomas influenced countless people during her lifetime, and more profoundly, so many students during her time as the longest serving female university president in America at the time of her retirement.  She served as president from 1978 to 2009. Her joyful laugh, witty humor, profound wisdom, and genuine love and respect for others were hallmarks of her character as she lived the Benedictine values. Her knack for remembering names, particularly the thousands of students, alumni and faculty, is one of her most gifted qualities that will be forever treasured.

Sister Thomas, a Bismarck, ND native, attended the College of St. Benedict, graduated from the College of St. Scholastica, Duluth, and earned a master’s degree in music from Northwestern University in Evanston, Illinois. She is a member of the Benedictine Sisters of the Annunciation Monastery.

Sister Thomas began her career as a teacher at the university in 1963, when it was named Mary College. As president, Sister Thomas helped the school gain university status, experienced steady growth, added numerous undergraduate and on-site graduate degree programs throughout North Dakota, helped make Mary one of the premier institutions for the preparation of leaders, and fostered leadership development in students and colleagues. The Norsk Høstfest Association inducted her into the Scandinavian-American Hall of Fame, she received the Lifetime of Caring Award from the United Way, and on May 4, 2004, she earned the state’s highest honor from Governor John Hoeven — the Theodore Roosevelt Rough Rider Award — presented to individuals who have received national recognition, reflecting credit and honor upon North Dakota and its citizens.

The premier skill of the natural servant leader is to listen first.

The Dignity of Grace

In The Dignity of Grace, Larry Woiwode recounts the remarkable life of Sister Thomas Welder, Benedictine Sister of Annunciation Monastery and the fifth president of the University of Mary.

Please join the University of Mary community and the Sisters of Annunciation Monastery in prayer as we entrust the soul of Sister Thomas, a good and faithful servant, to God our Father.

Honor the Memory of Sister Thomas

Memorial donations are being accepted for the university’s Sister Thomas Welder Scholarship Fund, an academic scholarship awarded to full-time undergraduate students based on prior academic standing.