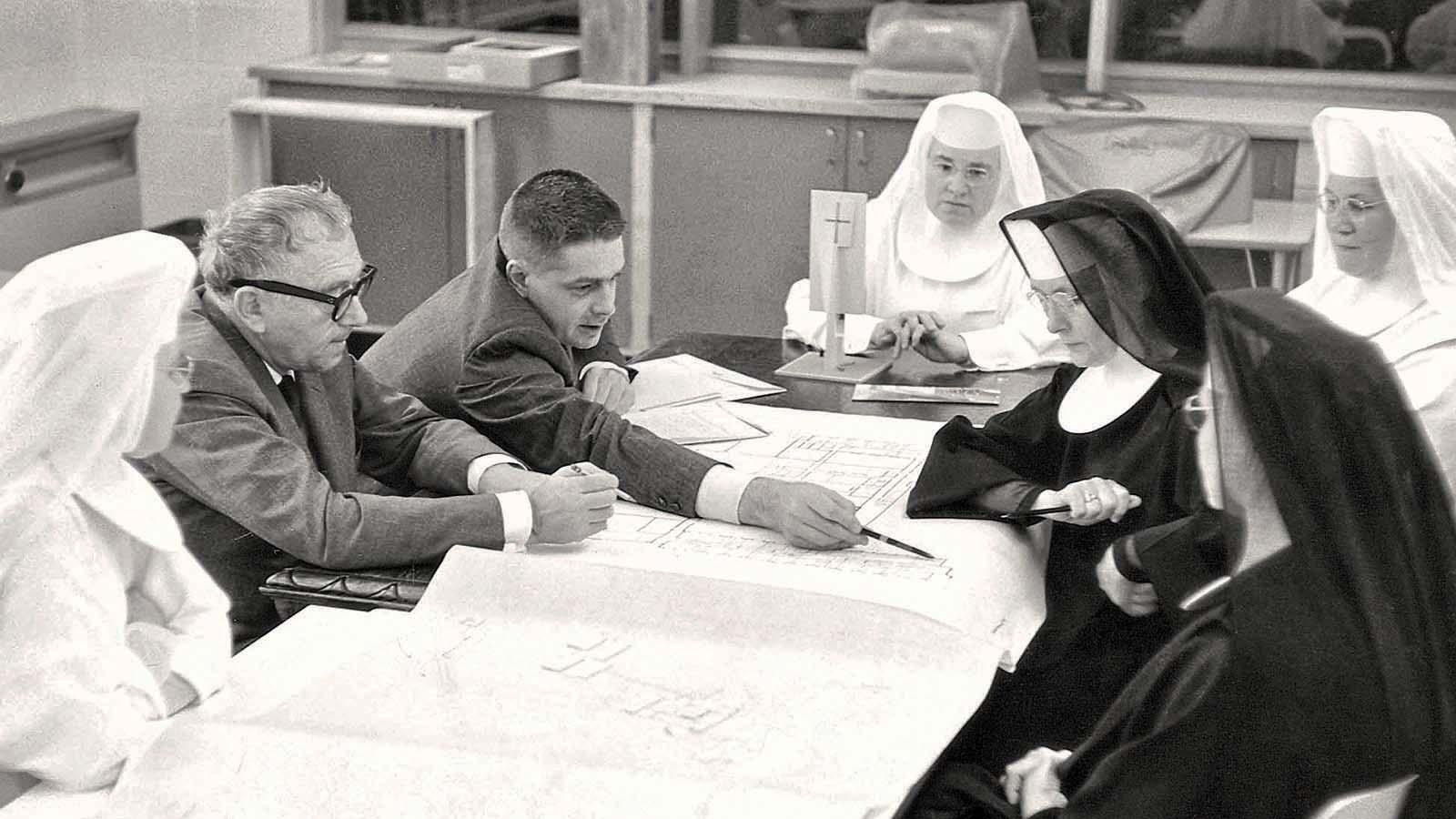 The “Jewel on the Prairie”

The University of Mary is home to original works by Marcel Breuer, one of the most celebrated architects of the 20th century and a student of the Bauhaus movement in Germany.

In the 1950's, when the Benedictine Sisters of the Annunciation founded their original priory and were planning for the first campus buildings for Mary College, they asked Breuer if he would create the architectural designs. To their delight, he accepted and conceived expansive structures of native prairie stone and exquisite concrete shapes, notable for their interplay of light and shadow.

As our campus has grown and expanded through the years, we have tried to preserve the spirit of Breuer's modernist prairie architecture in new structures. Each year, we receive many groups of visitors from throughout the world, who come to our campus to admire the work which Breuer christened his "jewel on the prairie."

Some other notable works by Marcel Breuer: