University of Mary Theater Department to Perform “Theater of the Absurd” 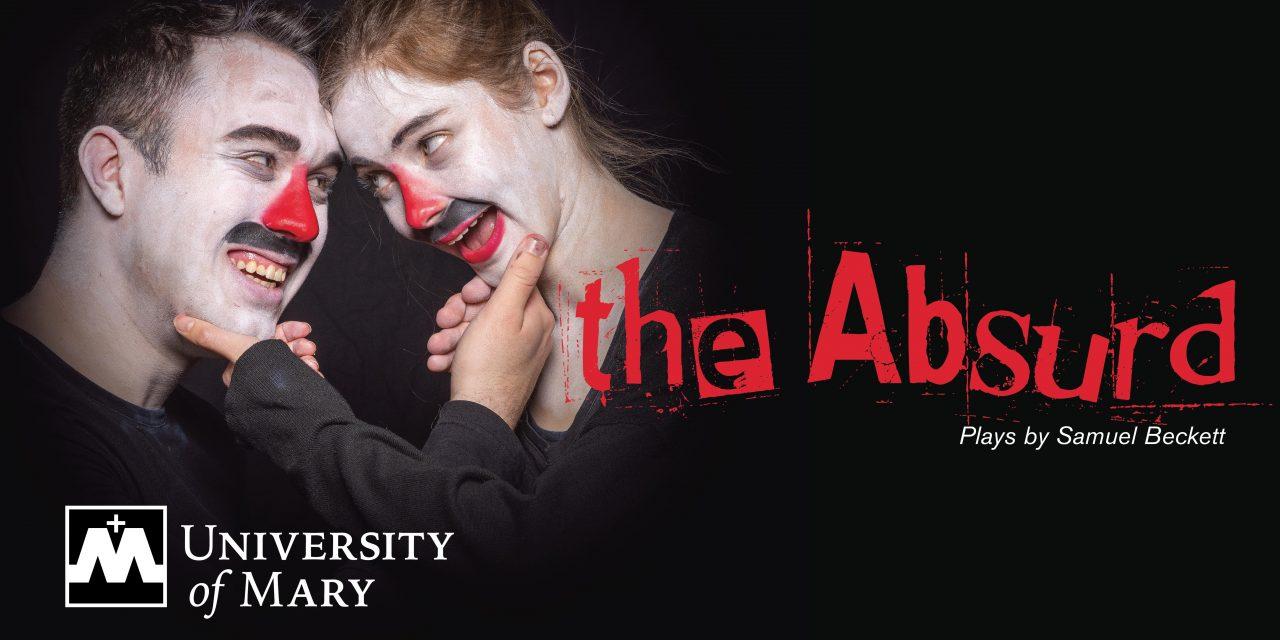 BISMARCK, ND— “The world is coming to an end,” is a phrase that seems to pop up too often in everyone’s lifetime when the world around us seems bleak, in despair, in total chaos, or out of control. That became the mindset shortly after the World Wars, and as the Cold War intensified, it was reflected in every aspect of culture and the arts: dance, music, film, painting, sculpture. These forms depicted the feelings of the times. 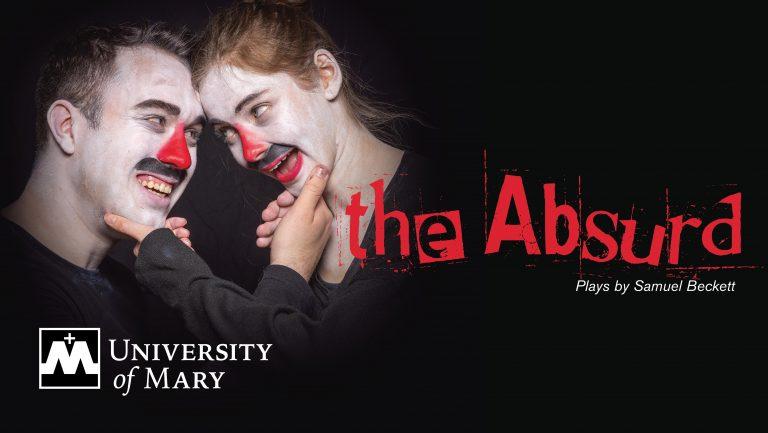 Fast forward to current day, 2019, and these kind of struggles have become even more of an epidemic in our culture. University of Mary theater director Daniel Bielinski has revived the Theater of the Absurd performances — “Waiting for Godot” and “Endgame” with his students. Showtime is 7 p.m. Friday, November 22, 23 and 24 at the Belle Mehus Auditorium in downtown Bismarck, with a 2 p.m. matinee performance on Saturday, Nov. 23. Tickets can only be purchased at the door: admission is $15 for adults, $5 for faculty, staff and students.

“The idea for doing these plays came after we did our production of “Voices of the Great War” in 2018, which remembered the sacrifice and heroism of our North Dakota soldiers and nurses during WWI,” said Bielinski, who is also an award-winning film producer and actor (www.danielbielinski.com). “’Voices’ also remembered the trauma and devastation endured by these young men and women. That same trauma and devastation — wrought by both world wars — planted the seed for Theater of the Absurd in the creative minds of certain European theater artists like Samuel Beckett.”

Absurdist playwrights shared a grim outlook on life, and yet there was also humor. A lot of humor, according to Bielinski.

“To revive this theater now is an act of empathy with these broken people of the not-too-distant past,” said Bielinski. “We have emerged from the suspense and horror of the Cold War, and yet so many people in our society struggle with the same sense of meaningless and hopeless in their lives. The questions that these plays raise are wonderful fruit for discussion at a Christian, Catholic, and Benedictine University, like the University of Mary — where the truths of Catholic teaching give us hope and meaning in our lives.”

As Bielinski reminds us, “Waiting for Godot” is universally recognized as one of the great plays of the 20thcentury.

“It’s grimly hilarious, or hilariously grim. But there is a deep humanity to it that leaves an impact on everyone who comes in contact with it. Which is what all great theater does,” added Bielinski, who believes such performances are great acting material for his student actors and actresses. “The plays are presented as Theatrical Clown Acts. It’s a wonderful experience for students to explore this kind of expressionistic acting. It’s extremely physical and demanding, but also calls for them to have an emotional fluidity and unpredictability that naturalism usually prohibits. It’s also a blast to watch.”

Bielinski thinks this show will be a unique, memorable experience for Bismarck audiences.

A special discussion moderated by University of Mary faculty will be held Monday, November 25, at 7 p.m. at Chesterton’s Pub on campus. This discussion will consider how people can interpret Absurdist Theater in light of Catholic teaching. Cast and crew will be present, and both students and the public are invited.

For a sneak peek at University of Mary’s production of Theater of the Absurd, check out their quick trailer: