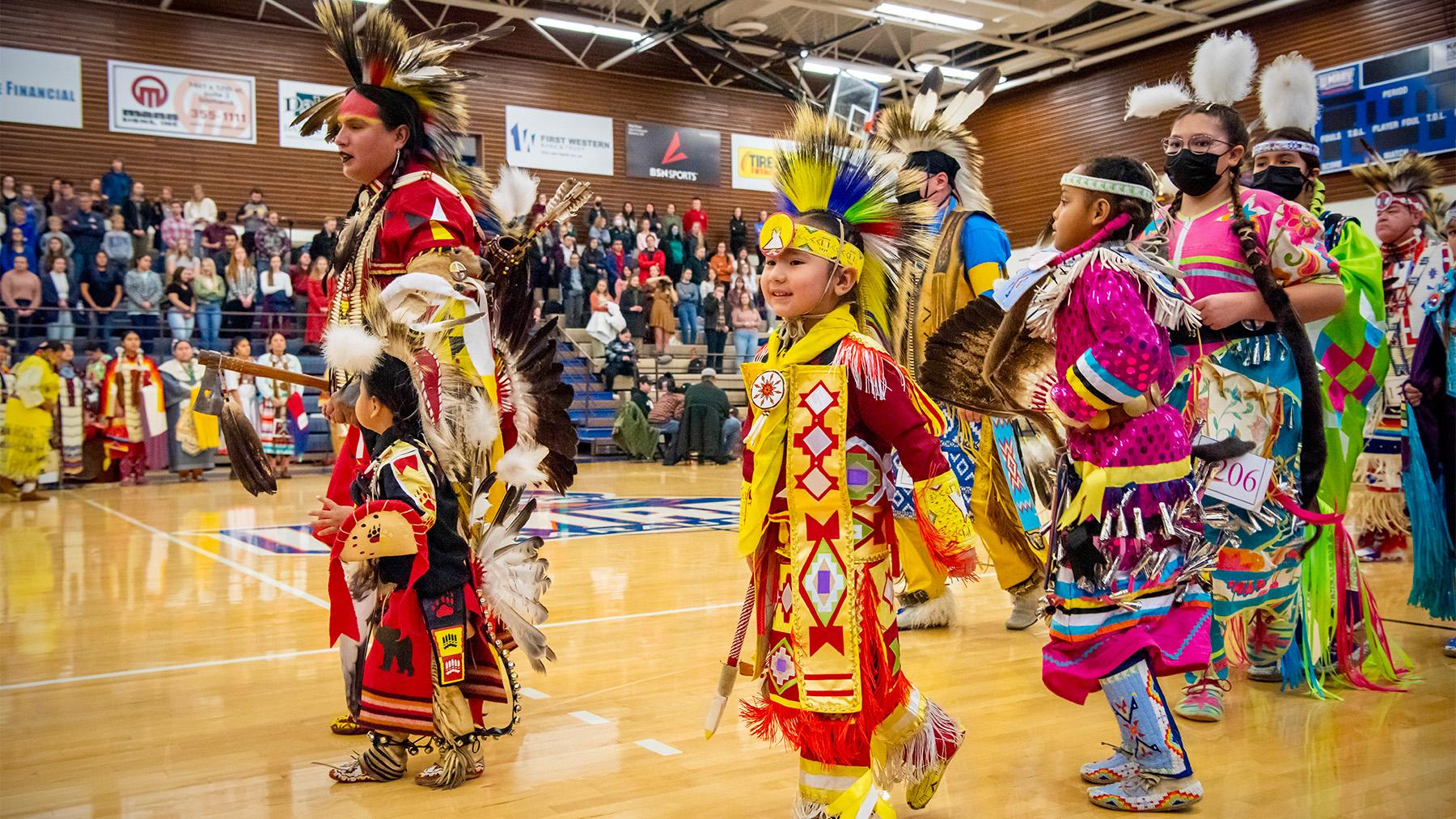 BISMARCK, ND — The University of Mary, in partnership with United Tribes Technical College (UTTC), is inviting the public and media to the third annual Mid-winter Powwow on campus. The event brings cultures together and helps celebrate the life and dignity of the human person.

The event Sunday, January 15, begins with a 10:30 a.m. Mass celebrated in honor of a holy man and “Servant of God,” Nicholas Black Elk — regarded as a historically notable and influential Native American leader who died in 1950. As a member of the Oglala Lakota peoples, Black Elk was a participant in the Battle of Little Bighorn as a boy, and present during the Wounded Knee Massacre. He later converted to Catholicism, and led a humble life as a catechist in service to spreading the Gospel. In 2016, the Diocese of Rapid City officially opened his cause for canonization as a saint.

Following Mass, the celebration continues with an introduction to the Powwow — "Powwow 101" — in Lumen Vitae University Center’s (LVUC) Founders Hall at 11:30 a.m. The Mid-winter Powwow commences with a grand entrance at 1 p.m. in the McDowell Activity Center (MAC), with a second grand entrance at 7 p.m.  Prizes for various categories of dance will be awarded. Attendees are invited to a traditional frybread and buffalo feed between 5 p.m. and 7 p.m. in LVUC’s Crow’s Nest Restaurant.

Entry fee for those five to 65 years of age is $5 per person, which includes the meal at the Crow’s Nest Restaurant.

For more information about the Mid-winter Powwow, visit umary.edu/powwow.

The Powwow marks the first day of the University of Mary’s Week to Celebrate the Life and Dignity of the Human Person, “Life and Dignity Week.” The week continues Monday with the celebration of Martin Luther King Day during the 10 a.m. Monday Morning Mission at the Starion Living Room inside the Lumen Vitae University Center on campus. The University of Mary is honoring the civil rights leader with a talk from Deacon Harold Burke-Sivers called “Building a Civilization of Love: A Catholic Response to Racism,” and includes words from Dr. King, sponsored by the Black Student Union. The week continues with a Community Learning Day on Wednesday with discussion of various social topics through the lens of Catholic social teaching. Life and Dignity Week culminates with the national March for Life in Washington, D.C., on Friday, January 20. Over 200 University of Mary students will board five buses to make the 60-hour round trip for that highly anticipated annual event. Also, that day, the public is invited to take part in the third annual statewide ND March for Life event that begins with Mass at 10:45 a.m. celebrated by Bishop David Kagan in the Cathedral of the Holy Spirit, followed by the march to the steps of the North Dakota Capitol for the rally at 12:30 p.m.

Anyone who wishes to learn more about any undergraduate or graduate programs can do so at www.umary.edu, or www.online.umary.edu, respectively, or by contacting an admissions representative at enroll@umary.edu, or by calling (701) 355-8030. The University of Mary is one of only 15 Recommended Cardinal Newman Society Residential Colleges and Universities in the US.