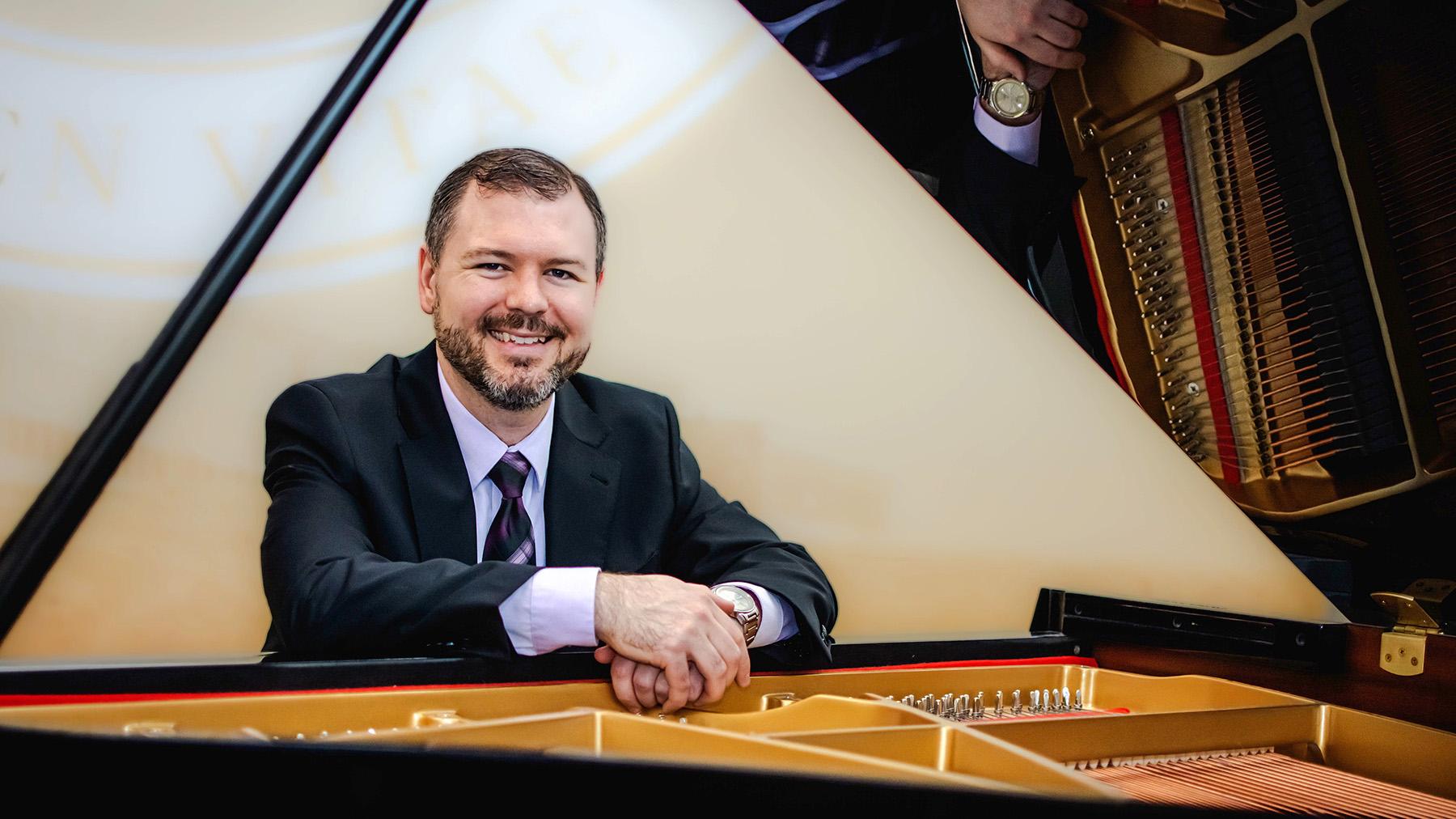 BISMARCK, ND — The audience will be treated to a program with some of the greatest and most beloved works of solo piano literature. University of Mary Adjunct Professor of Music, Michael Langer, will perform works by Haydn, Brahms, and Prokofiev featuring equal parts humor, beauty, sadness, loss, romance, and even sarcasm. Langer’s piano recital on Saturday, April 23, 3 p.m. in the Clairmont Center for Performing Arts’ R. M. Hesket Hall on campus, is free and open to the public.

“This is the third and final solo recital required for my doctorate degree, but the greater purpose is to share this music with the University of Mary and greater Bismarck and Mandan communities,” said Langer, who received his bachelor’s degree in music education from Mary in 2007. “This program is for anyone who loves classical music and piano. Haydn's Sonata no. 50 in C Major is full of his trademark humor and wit. Brahms' Klavierstücke, op. 118 is a set of six pieces which each exhibit deep feelings of beauty, heartache, loss, frustration, and romance. Brahms was one of the greatest pianists of the Romantic Era, and these pieces, composed in his final years, reflect the culmination of the life experience and abilities of a master. Prokofiev's Sonata no. 7 is one of the greatest works of the 20th century. One of his three "War Sonatas," it was composed in Moscow between 1939-1942 during the Nazi invasion of the Soviet Union and reflects the horrors of war with Prokofiev's trademark dissonance, biting sarcasm, and relentless rhythmic drive. But we also experience the grief from so many lives lost in senseless violence.”

Langer has taught applied piano and piano pedagogy at the University of Mary since 2017. He has held various positions at other colleges and universities teaching music theory, applied piano, class piano, and directed jazz ensembles.