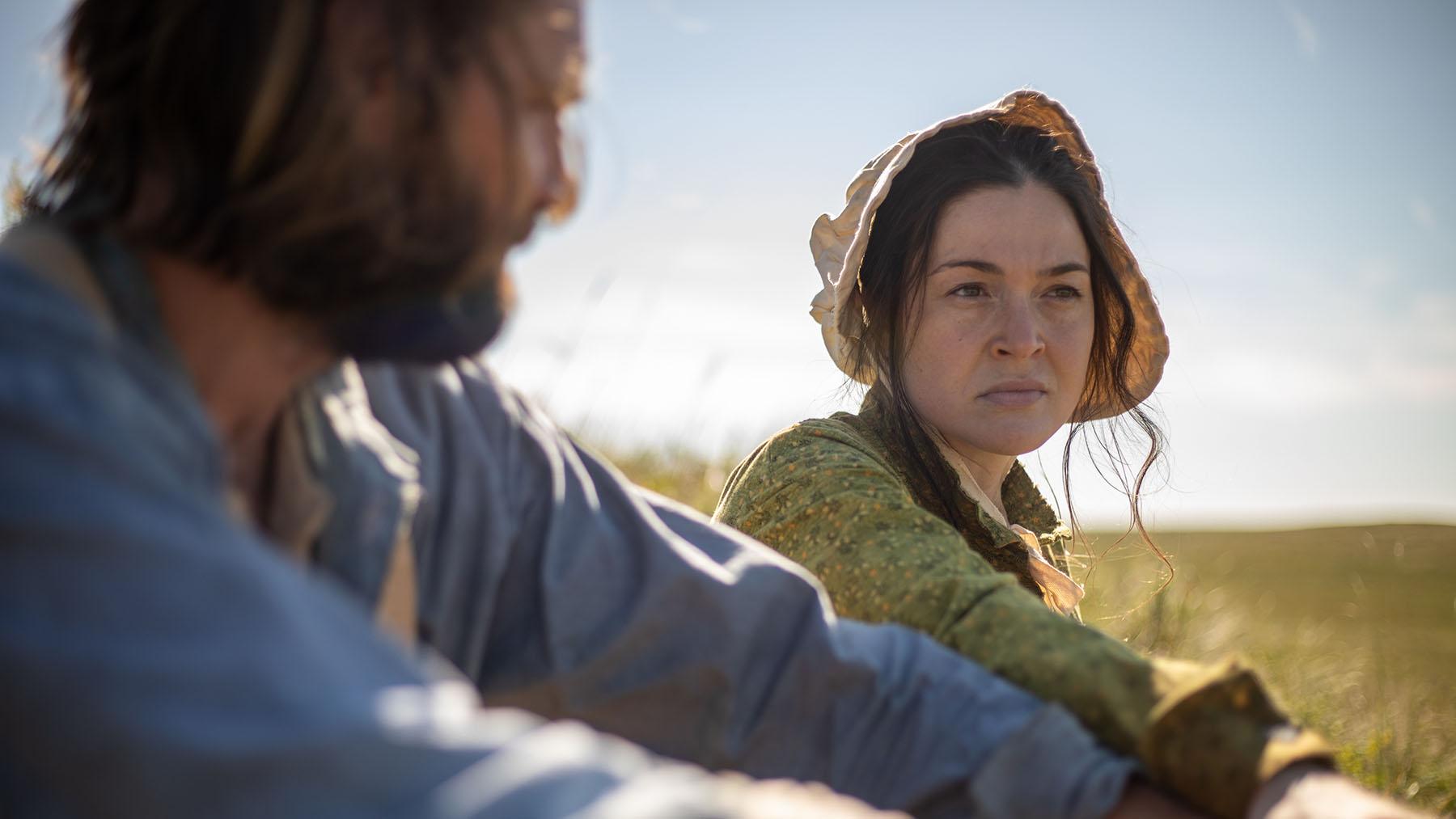 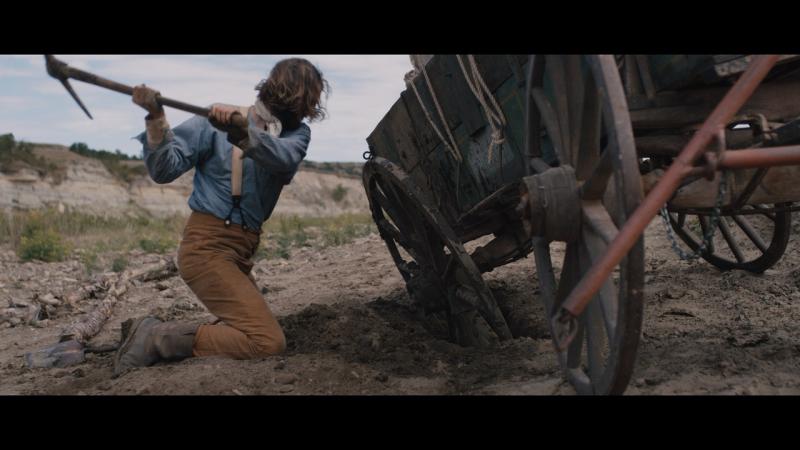 BISMARCK, ND — A Heart Like Water is a frontier survival story set in Dakota Territory in 1887. It tells the story of a husband and wife who must fight to keep their family together and their hopes alive as they fight bitter cold, disease, wild animals, and crushing loneliness on the Dakota frontier. But they’re not just fighting for themselves… New life is on the way.

A Heart Like Water was shot in North Dakota in winter and summer of 2020, and was produced by local production companies Canticle Productions and DN Cinematics in collaboration with the University of Mary Dramatic Arts program.

Daniel Bielinski, chair of the Dramatic Arts Program at the University of Mary, and also founder of Canticle Productions, says, “The film is based on the true stories of North Dakota settlers. In the state historical archives are beautiful and moving firsthand accounts of the brave men and women who came here in the late 1800’s to make a home. Their stories are absolutely gripping and inspiring - tremendous dramatic material for a film.” 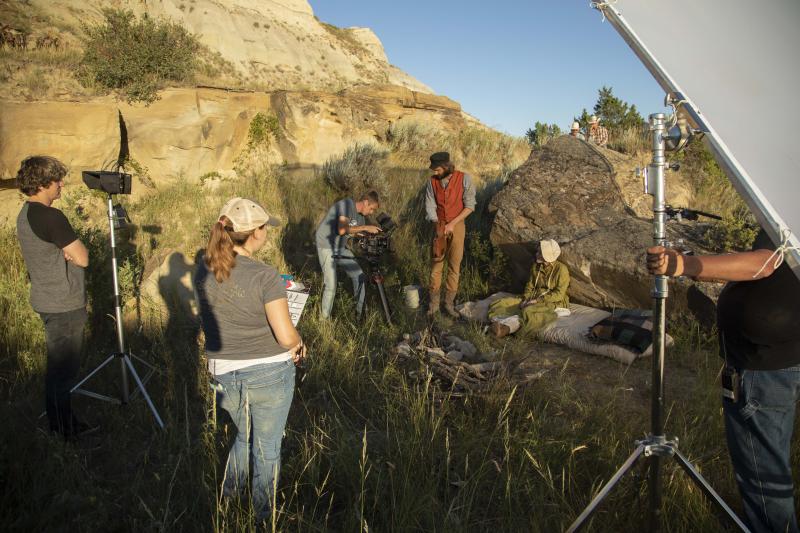 Bielinski and fellow producers Dave Diebel and Carson Nordgaard, of DN Cinematics, put together a team of about 20 crew and 5 cast in winter and summer of 2020 to shoot the film, including University of Mary students. Filming was done at the Logging Camp Ranch near Amidon, North Dakota, and at the Black Leg Ranch, near McKenzie, North Dakota.

“The film celebrates the beauty of the North Dakota badlands and prairies, while also exploring the realities of what it was like to live here in the late 1800’s. Stepping into the shoes of the first Dakota homesteaders can really help us look at our own lives with fresh eyes.”

It was a priority of the production to use mostly local talent for the production. Dean Bellin, technical director of theater at Bismarck State College, was the production designer for the film. Michele Renner, of Capitol Shakespeare, was the costume designer. Several students from the University of Mary served as production assistants. 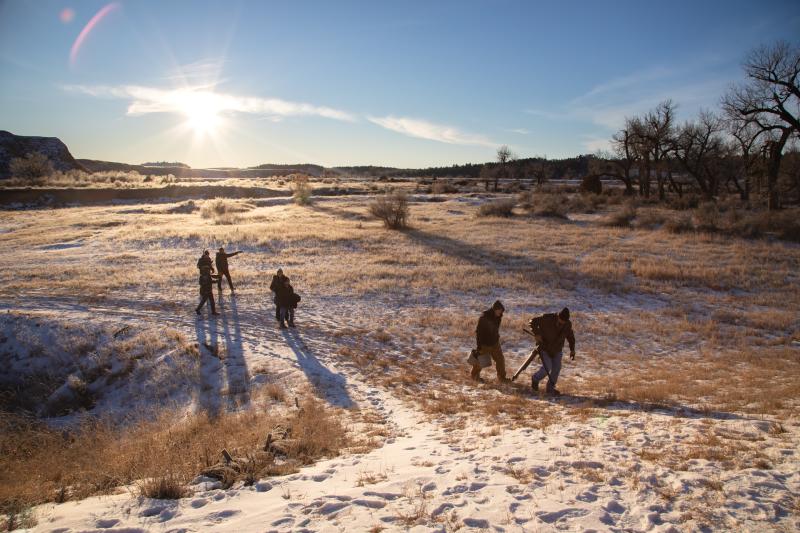 One of those students, Molly Laxen, says that “the experience was really unique to be a part of a professional production and to be mentored by industry professionals on set. It was a blast and very eye-opening at the same time.”

Bielinski said, “It is important to us to keep a very high bar of professionalism with our films, but also to use and nurture the students and the local talent here in North Dakota. There’s a tremendous amount of talent here, even though the infrastructure for filmmaking is limited.”

Charlie Griak, based out of Minneapolis, directed and edited the film. (www.charliegriak.com)

“Charlie brings a beautiful sensitivity to every project he directs, and it shows with this one,” says Bielinski.

This film is the first of three features co-produced by Canticle Productions and DN Cinematics in the past year. A Heart Like Water is premiering this Winter, Sanctified is premiering in Spring 2022, and End of the Rope is premiering in Fall of 2022. All of them were shot in North Dakota and seek to honor the history and culture of North Dakota. 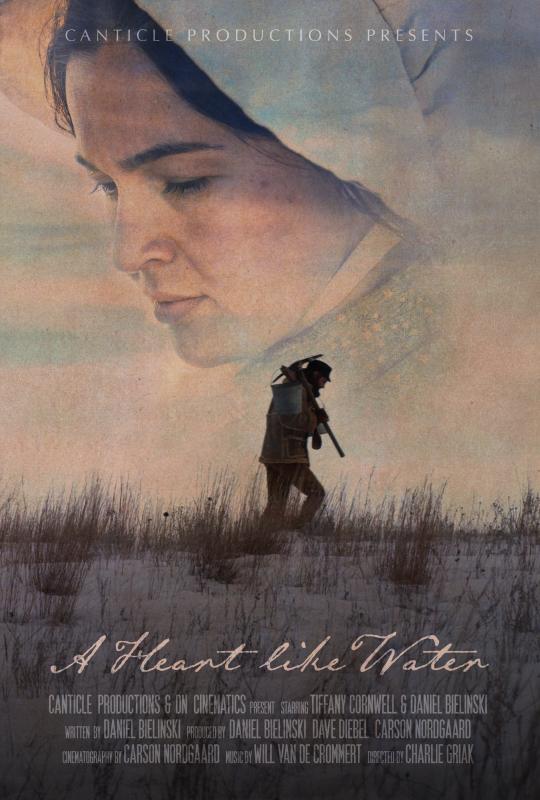 A Heart Like Water is scheduled for first screening at Bismarck’s Grand Theatres - Friday January 21 at 6:30 p.m. and 8:30 p.m.

Tickets are $20 each and can be purchased in advance at the website www.heartlikewaterfilm.com. Tickets will also be available at the box office for purchase, though Bielinski advises to buy in advance, as previous showings have been sold out.

“The premieres will not be your typical movie-going experience,” says Bielinski. “The filmmakers will be present to interact with the audience, there will be photo opportunities on a red carpet, autographed copies of the screenplay will be available. It is meant to be a fun, immersive, interactive experience - a glimpse into what it is like to make a true North Dakota film from the ground up. Audiences will also get a chance to see a sneak peek at Sanctified, our next North Dakota film coming to theaters in the spring.”

Once the theatrical screenings conclude, the film will become available online. Follow the film on Facebook for updates. www.facebook.com/aheartlikewater