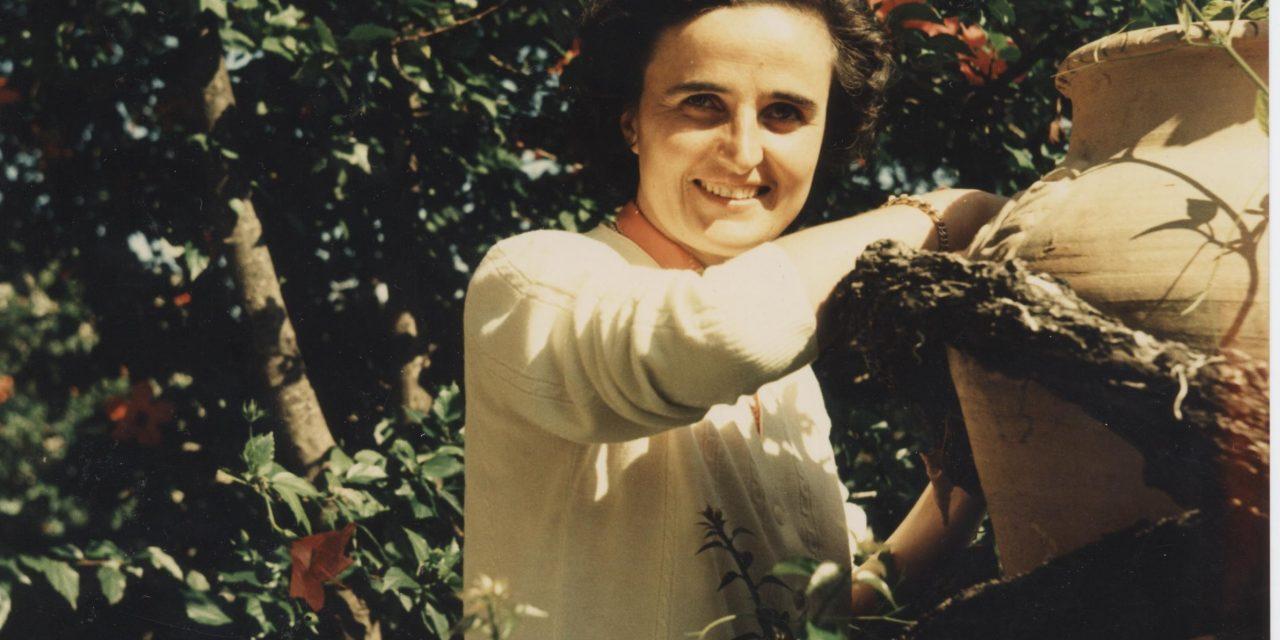 Bismarck, ND — The University of Mary announced its plans to name its School of Health Sciences after Saint Gianna Beretta Molla. North Dakota’s only private, Catholic university made the announcement this evening, fittingly, on All Saints’ Day, amongst hundreds of friends, supporters and benefactors during its annual 2019 Candlelight Gala in Founders Hall at the Lumen Vitae University Center (LVUC) on campus.

The family of St. Gianna gave University of Mary permission to name the School of Health Sciences for their mother, who Pope John Paul canonized as a saint on May 16, 2004. The Holy Father offered this new, beloved, lay saint to the Church as a model of virtue, holiness, motherhood, professionalism and devotion.

While medicine became her mission and career after World War II, Molla, an Italian  pediatrician, also chose marriage as her vocation. She once again embraced both as gifts from God and dedicated herself to forming a truly Christian family. Molla became pregnant with their fourth child. Near the end of her second month of pregnancy, Molla was struck with unbearable pain. Doctors discovered she was carrying both a baby and a tumor after developing fibroma in her uterus. Calling upon what her Catholic faith taught her, Molla believed every human life was a gift from God, something sacred to be respected and protected from conception to natural death. She opted for the removal of only the fibroma in order to preserve her child’s life, while at the same time realizing she may lose her life.

“If you must decide between me and the child, do not hesitate: choose the child. I insist on it. Save the baby,” Gianna Beretta expressed to her husband, Pietro, and family members. On April 21, 1962, the baby was successfully delivered by Caesarean section. However, after many attempts by her doctors to save both lives, Gianna passed away from septic peritonitis a week after the baby was born.

Today, that baby, is Gianna Emanuela Molla, who is now herself a medical doctor. Emanuela is on University of Mary’s campus this weekend attending the Gala on behalf of her family and to personally give approval to name the School of Health Sciences in honor of their mother.

University of Mary’s School of Health Sciences faculty members joined Emanuela, University of Mary President Monsignor James Shea, and honored guests for the announcement. Dr. Glenda Reemts, who is chair of the University of Mary’s Department of Nursing and the number one ranked nursing program in the nation out of 2,061 programs by Mountain Measurements, said at the Gala event, “The naming of our school after St. Gianna beautifully emulates the sanctity of human life. The importance of the dignity of the human person runs deep within our school and within the hearts of our students.”

The naming of the School of Health Sciences in honor of Saint Gianna Beretta Molla will happen once a fundraising goal is met. This evening’s Gala officially launched the fundraising effort to fund the newly-named school.

“This new name calls us to prepare our students to be compassionate, loving, and morally courageous healers who will carry on the ministry of healing in the future,” stated Dr. Janeene Sibla, chair of the University of Mary Occupational Therapy Program.

“If we can hold our students to the legacy and vocation of St. Gianna as a loving example in her life and in her death, that is something real and life-giving—we give our students something to hope for in their pursuit of studies at the University of Mary,” stated Lauren Emmel, assistant professor of Physical Therapy at Mary.

Faculty and students in University of Mary’s School of Health Sciences will continue to practice and promote the words of Saint Gianna’s famous quote, “Our task is to make the truth visible and lovable, offering ourselves as an attractive, and, if possible, heroic example.”

The University of Mary continues to be one of the most affordable Catholic universities in America. Founded in 1959 by the Benedictine Sisters of Annunciation Monastery, Mary offers nearly 60 undergraduate, and 15 master’s degrees, and four doctoral programs in Physical Therapy, Nursing Practice, Education and Occupational Therapy. The University of Mary is also home to the new and innovative Year-Round Campus — where students have the option to earn their degree in 2.6 years and master’s in four years. With over 3,800 students, Mary has locations in North Dakota, Montana, Kansas, Arizona, Rome, Italy and Arequipa, Peru as well as vibrant online offerings. For more information, visit www.umary.edu.